You are here: Home / Fat Loss / Is Your Weight Loss Plan Making You an A-Hole? 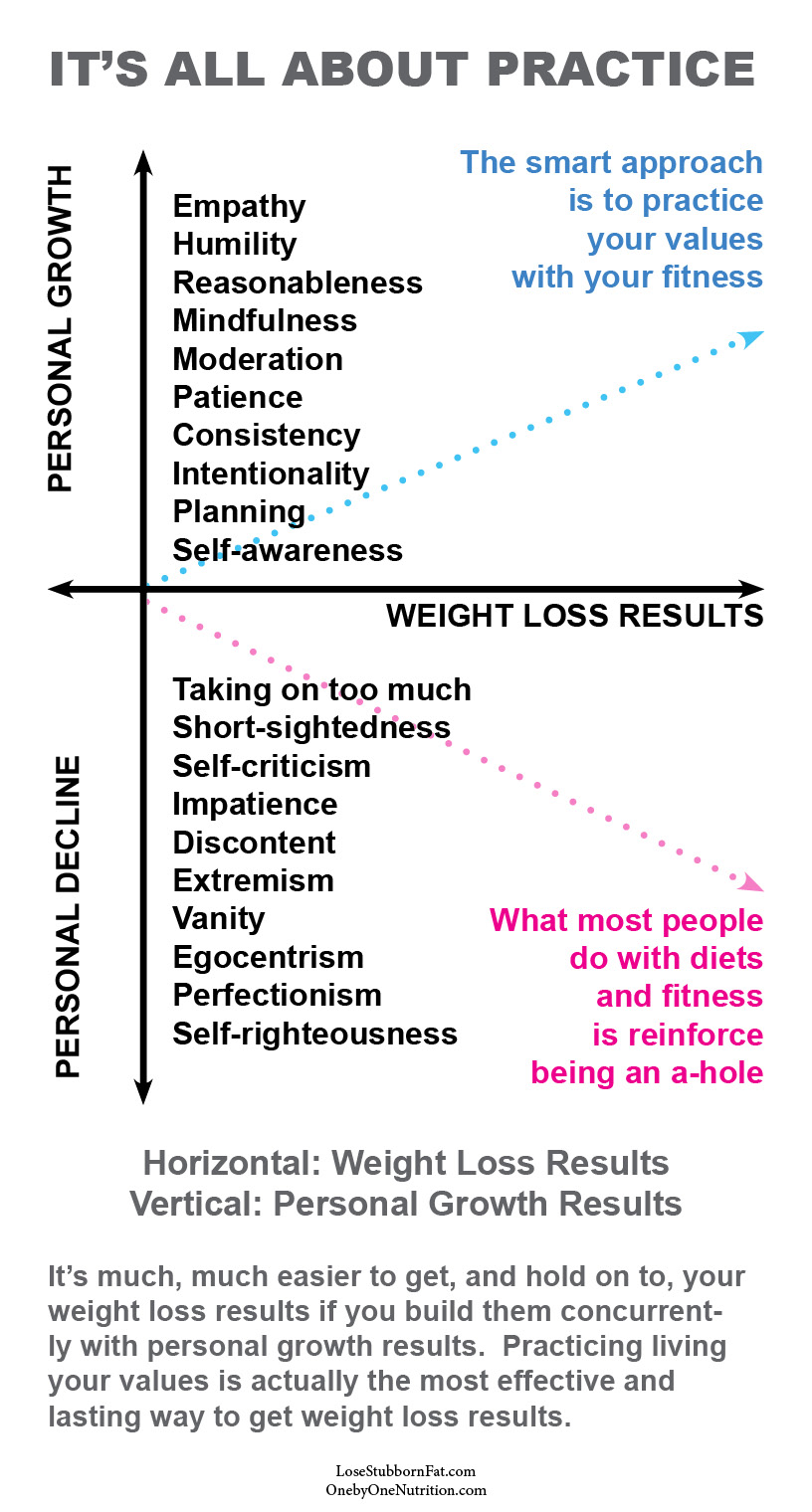 If it takes 120 credits to graduate, and you take 15 credits per semester, you graduate in 8 semesters, or 4 years.  Sometimes you can’t get classes or whatever, and it takes 5 years.

If, on the other hand, lets say you really want to graduate.  You’re like so motivated.  Plus, you haven’t gone to college in a while, so you figure you need to make up for it.  So you take 120 credits in one semester.  You get burnt out, you fail everything.  You’re so demoralized you don’t even really try for another year or two.  That would be how you do college like an a-hole.

Most people approach weight loss the second way: 120 credits per semester (aka, like an a-hole).  They try to do literally everything at once.  The fail, because it’s impossible not to fail this way.  It’s too much for any human.  They destroy themselves, fail, and then they don’t learn from the silliness of how much they took on…  because next time they do the same thing again.  Even worse, because they are practicing taking on too much, short-sightedness, impatience, and perfectionism, they’re making themselves worse versions of themselves.  They’re rapidly becoming a-holes.

It’s About Hitting Your Goals

Looking at the college example, it’s pretty easy to see that the patient, consistent, reasonable, planned way is the only way to graduate.

It really, really, really is the same with weight loss.  Your 15 credits per semester might be working on 2 or 3 food skills over a few months.  By really integrating these food skills into your life, you change the kinds of results that are possible for you with fitness and leanness forever.

It isn’t just the better way, it’s the only way to lose weight.

The No-Nonsense Way to Become Your Best Version of Yourself

Step One: Identify your values

Pick 1-3 values that are important to you.  Most people get more with less; Think about one value or two values that really mean a lot to you.  That laser focus will make things simple and obvious.  Most people have trouble, initially, with figuring out what their values are.  That’s ok.  Just spend some time reflecting on it, each week, for the rest of your life.  It’s ok if you pick something, and then refine it over a few years. 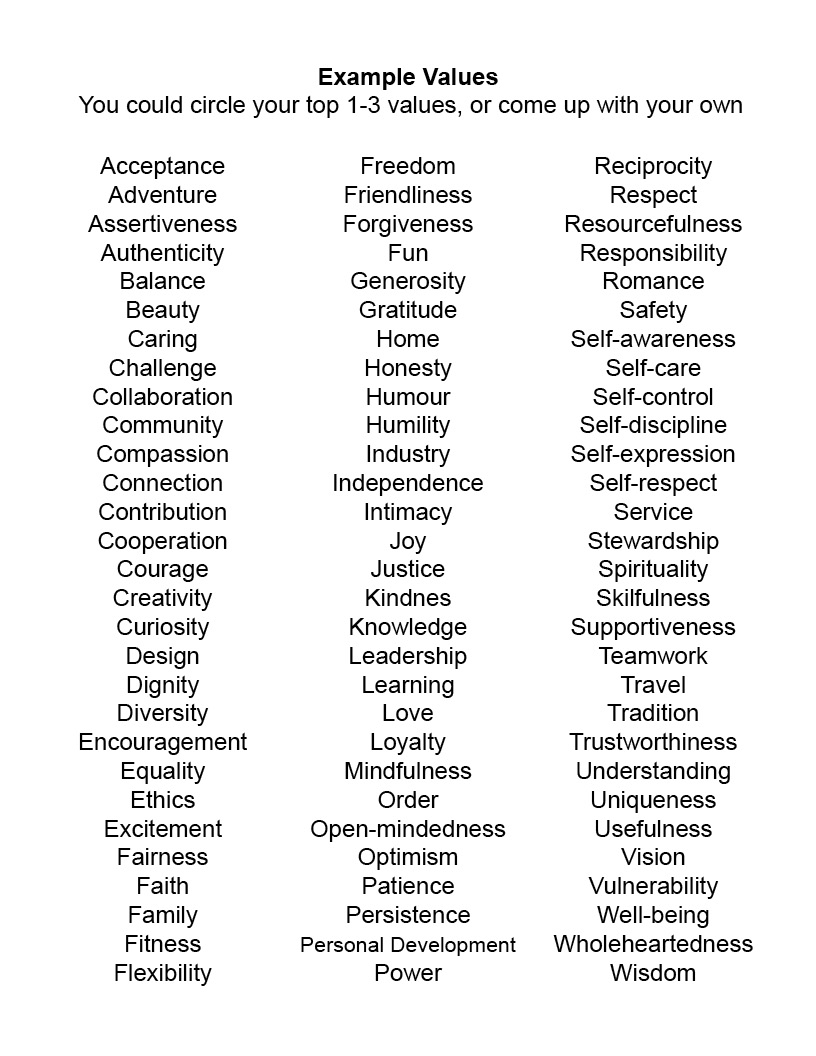 Step Two: Apply your value(s) to an area of your life, like fitness

You will probably find that there are areas of your life that you practice this value already.  You may totally rock that value with finance, but not with fitness.  Or you rock it with other people, but not with yourself.  You’ll notice that some areas are different than others.

That inconsistency is an inconsistency of self.  Don’t worry, we all have those.  Actually, we’re mostly blind to them, because we just don’t spend any time thinking about it.

You’ll pretty immediately see where you have gaps or inconsistencies between your stated values and what you practice in real life, with your fitness.  That’s great!  That’s a place to go to work.  That’s an area you can grow.

All there is to do is ask yourself “What would be a better expression of __________ value with my fitness?”  Just try something new.  Again, it doesn’t have to be the end-all, be-all expression of that value in your fitness, it just needs to be one step better than you’ve done before.

For example, if you’ve repeatedly done extreme diets and cleanses where you crash and burn after a month, but you value reasonableness and consistency.  A skill based approach to nutrition would obviously be the ultimate expression of reasonableness and consistency.  You don’t need to do all of the skills at once, youonly need to do one skill for now.  Later, you can add another one.

It’s ok for it to be progressive.  You don’t need to completely close each gap in one step — likely that’s been what’s failed for you in the past.  All you need to do is take small steps, continually, that are in alignment with your stated value(s).

It really is as simple as: State your values, apply stated values to an area of your life, and then shrink the gaps and inconsistencies in your actions.

Every time you repeat that process, you bring your actions more in line with your stated values.  And that’s pretty much the ultimate in personal growth: Living your values.