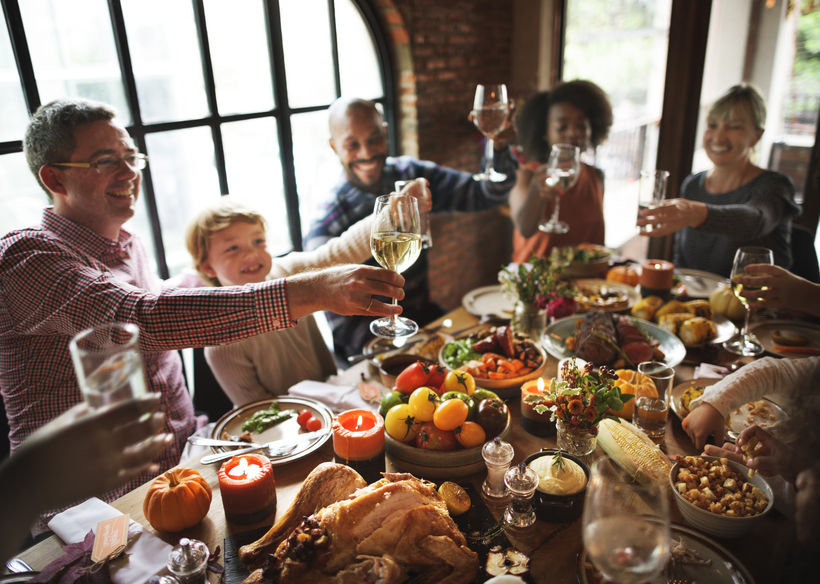 When someone talks about how much they were able to restrict their eating on Thanksgiving:

Don’t be that person.

You can have it so much better. You can have both a more effective weight loss journey and a more enjoyable Thanksgiving.

Someone who is able to both lose weight and maintain it for a lifetime has mastered one foundational skill: Picking their battles.

People Who Fail At Weight Loss Do This:

People who fail at weight loss always get it in reverse — they miss the opportunities to mindfully and intentionally enjoy more food with friends and family.  Instead, they eat more mindlessly at times when it doesn’t really add much enjoyment to their lives:

People Who Succeed At Weight Loss Do This:

In the flipside, someone who is successful at maintaining weight loss forever, knows that it’s the mindful eating with people they love that makes a difference:

It’s About Picking Your Battles

Thanksgiving Day is not the day to restrict.  It’s not even a day to work on food skills in a really big way.  If you want to work on a food skill, pick ONE of these:

It’s Not About Thanksgiving Day

It’s about November and December.

People are successful when they choose.  They eat more than normal on Thanksgiving and really enjoy it with their family.  The next day, they go back to skills like eating just enough, portion sizing meals, eating 3-4 meals per day and no snacks.

One day doesn’t matter.  A week or two, or a month, totally matters.

What If You Do Want to Loosen Up for All of The Holidays?

It’s true.  You can actually dial it back.

You could dial that back to two food skills for December:

You wouldn’t be putting nearly as much energy into food skills as you were maybe the last few months (where you were losing weight consistently).

Instead, you dial it back to just two.  There’s a huge difference between staying in the game with two food skills, and saying “Eff it!  I’m starting again in January!”

Maybe with two skills you maintain the weight you’ve lost.  Maybe you even continue to lose weight.  But you don’t have to put as much energy towards it.

This ability to stay in the game at a lower level is another lifetime weight loss mastery skill.

We know that the biggest predictor of weight loss failure is black and white thinking (i, j, k, l, m, n).  That’s thinking things like:

But you don’t have to act on them.

Weight loss mastery is often about having those thoughts, and practicing your food skills anyway.

A really simple skill for working through black and white food thoughts is the AND Method:

This is based on a concept of fusion and defusion, from Acceptance and Commitment Therapy (m, n, o, p, q, r).  Fusion is essentially the state of being bullied by our thoughts.  Instead, we take the perspective that it’s normal to have these thoughts, and we can still take actions in line with our values in goals.

Moderation is simple.  It just means practicing some of the skills and not all of them.

Remember, it’s ok to have the “black and white diet thoughts,” but you don’t have to act on them.

Whoever gets the most practice (cumulative, not all at once) is the most successful with weight loss.

Impact of five senses experience and memory on food intake: