So after that last Jessica Alba email, I got a lot of emails about her being digitally altered to be naked in Machete: 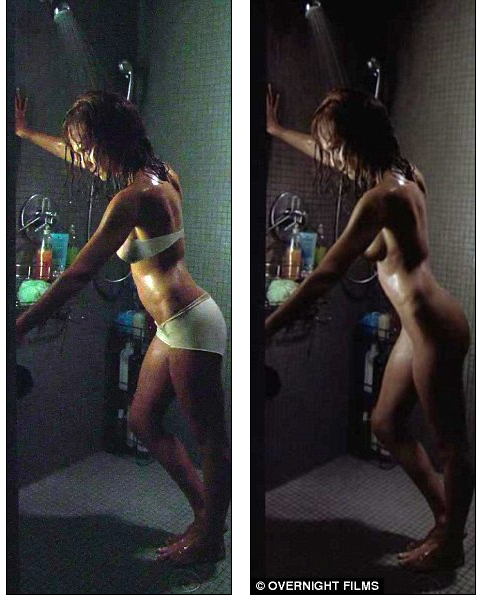 Also – for the people who emailed me and asked me what NSFW means – it means Not Safe For Work.  Typically that would be something a lot worse than this, but I just wanted to be extra careful.  And then it became sort of a joke – like "Don't you want your body to be so hot that you're NSFW in real life?"

As you can see, they digitally altered her to be naked.  On top of that, they may have made her a little thinner.

People who are lazy use photoshop as an excuse to not even try to get the body they want.  They say things like "It's all photoshopped, no one looks like that in real life."

I think she still looks bangin in the unaltered shot.

Seriously, take a look at the real life original – she still looks awesome.

And to take it up a notch, lets take a look at some papparazzi shots, from real life, 'cause those are never photoshopped.

Papparazzi shots at the beach clearly show that Jessica is a wicked lean girl.

…the actual, real version of the stars is totally realistic, and most workout girls would be stoked with the real thing.

So before you get all bent out of shape about "everything is photoshopped" – take a look at the papparazzi pictures.

In fact, you could probably go to any gym and find someone, in real life, who looks exactly like you want to look.

You Can Have A Lean, Healthy, Hot Body

Anything is realistic, depending on the amount of time, work, and discipline you are willing to put in. 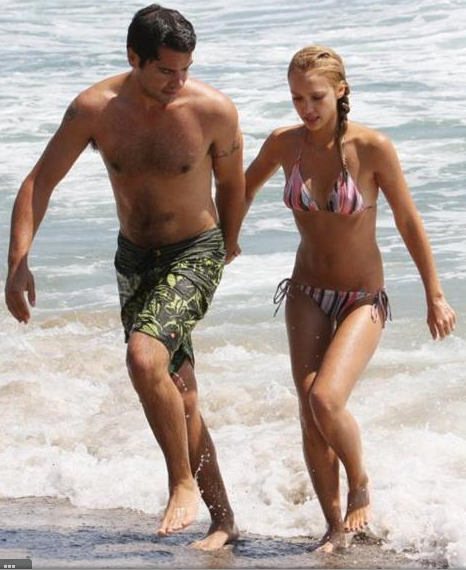 Most of what passes for scientific discovery about fat loss in the media is worthless drivel.

But the problem isn't that it's worthless – it's actually worse than that.  The problem is that it's the kind of misinformation that people can fashion into excuses.

The same way people use photoshop as an excuse.

We're surrounded by a whole army of people with excuses.

We want to complicate things, because if we make it complicated enough we don't have to deal with the fact that maybe we aren't really doing what it takes.

If we were to boil fat loss down to something as simple as say – calories in vs. calories out, then we are immediately confronted with whether or not we've been successful in creating a caloric deficit.

Simplicity will set you free

We have to give up our old excuses.

We have to deal with – ok, if it's this simple, then what does it actually take to make this simple process work?

What Would Jessica Alba Do?

Look, if Jessica Alba is leaner and hotter than you are, she's either consuming less calories or she's burning more.

Actually, it's probably not an EITHER / OR thing – she's probably doing both.  She's burning more calories than you in her workouts AND she's consuming less calories.

And that's why she looks bangin' hot in real life at the beach.

Last Chance To Get The 1,000 Calorie Challenge

If the game is calories in vs. calories out – you want to burn as many calories as possible in your workouts.

Then with the 1,000 Calorie Challenge Diet, you'll actually maximize the caloric deficit on those days.

Do yourself a favor and make the whole process of getting the body you want a lot simpler.  The easiest way to simplify the process for yourself is to get a program, follow it, and ignore everything else.

Set yourself up where you know exactly what to do – then you can deal with the doing of it.

Just don't waste time pretending you don't know how it all works.

Josh is the author of The Stubborn Seven Pounds.

Josh has been featured in USA Today and the Denver Post, and quoted in the Los Angeles Times