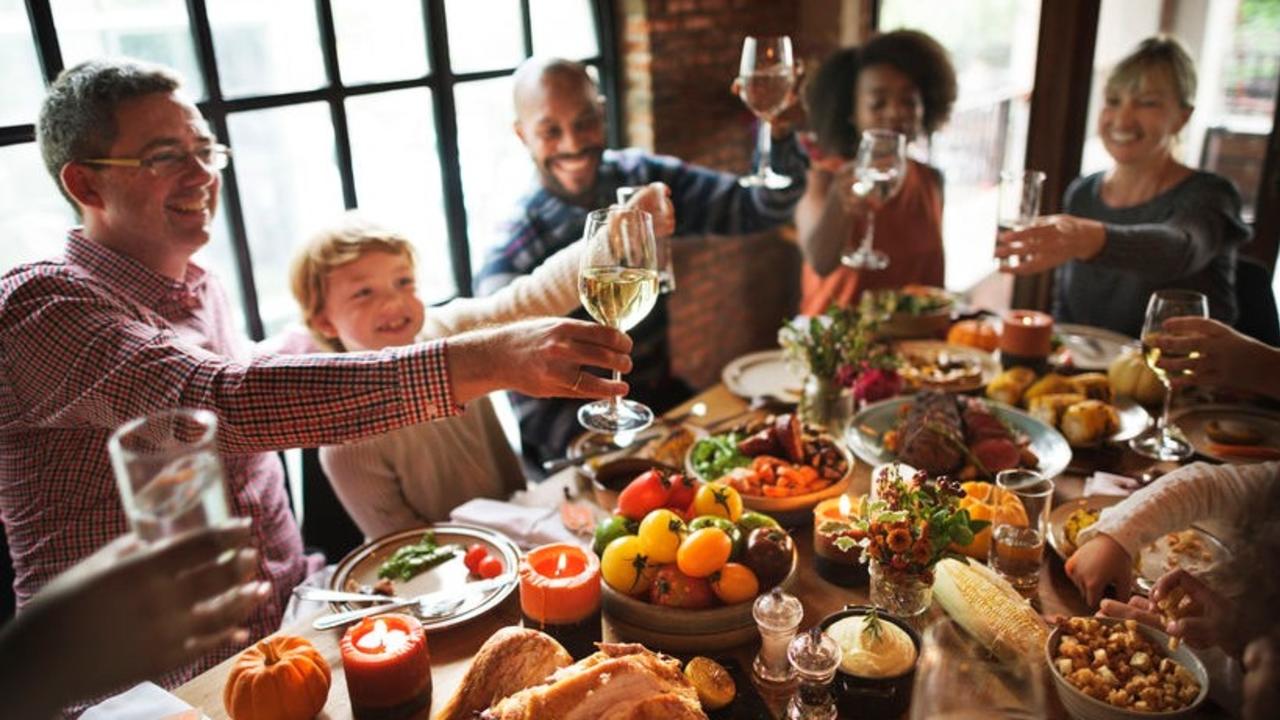 Is there a war going your head about if you should diet or take a free day? There is a wiser path to take, but you’ll still have to manage those thoughts.

Let’s Not Free Day, Ok? Let’s Not Diet Either.

I used to recommend that people take Thanksgiving as a “free day.” I thought it was a good thing — that people could balance out all of their hard work with a day that they could just focus on being with family.

But people didn’t just focus on being with family.

Because it was a “free day” they would binge. They would eat ALL THE THINGS like their life depended on it, because this was their one shot.

Choice is always the goal.

New clients always tell me that the problem is that they feel “out of control” with food. They assume that they just need better rules, more rules, or different rules to feel in control. What they don’t often realize is that the rules they put in place caused the feelings of being out of control. When you have unsustainable rules, you’ll feel out of control when you finally snap and eat all the things.

What Is Choice on Thanksgiving? Why is That Better Than Control?

When people say control, what they really mean is choice.

Rules take us out of the driver’s seat. The rules are driving.

Choice is about being aware enough to consider what we want and actually do that. Do the thing that we want — with consideration of all of the things that matter to us: Family, connection, holidays, our health, our fitness, feeling good during the day, and so on.

It’s literally the pause where we consider all of those things, and then choose what makes the most sense in the context that we are in. In this case, that context is a holiday based around food, where we are hanging out with people we love.

You need to know two things:

As mentioned above, the areas of your life that probably matter to you on Thanksgiving could be: family, friendship, holidays, our health, our fitness, feeling good during the day

The ways you want to be about that might include being: Connected, self-compassionate, conscientious, loving, reasonable, playful, joyful, peaceful, or whatever. You get to pick the character strengths that matter to you. I’d recommend picking three-ish. And, I’d recommend one that includes being cool to yourself and one that includes being cool to other people.

If you want to dig in more on values, check out this post: Is Your Weight Loss Plan Making You an A-Hole

The problem with all of this, of course, is that you’re still completely indoctrinated with diet thoughts from years of dieting, from friends, and from social media.

The War Movie on TV Metaphor

It’s useful to think about both kinds of thoughts like a war movie on TV. Imagine that the soldiers on one side are the diet thoughts and the soldiers on the other side are the free day thoughts, and they’re playing a fighting. They’re shooting at each other, bombs are dropping and exploding, it’s trench warfare in your brain

Normally, people see both of these kinds of thoughts battling it out, and they spend all day trying to figure out which side is the “right” side to be on. Then they pick that side and try to “win.”

Unfortunately, whether the diet side wins or free day side wins, you lose. Basically, if you play the game, you lose.

You actually aren’t either side. Both of those sides were taught to you by diet world. You are the board. You just are the brain that those thoughts are bouncing around in. The battlefield is indifferent to which side wins.

If you think about it like it’s on TV, you can make choices about what you want to eat, even though the TV is playing in the background. You can see it and hear it, but you know that you can make wise choices without engaging with it at all.

Instead, you want to consider the context. For example:

Those are just examples. Your decisions, even in those same situations, could be totally different. Things you want to consider:

ALL of those things can be considered. And, they all matter. From there, whatever decision you make is fine, they whole game is that you are in the driver’s seat and you get to decide. And you get to decide based on a multitude of things that matter in your life.

That’s why diet rules are completely childish. Life isn’t so simple that one rule can fit every situation.

Make a Choice, Then Recognize Second Guessing for What it Is

If you have a loooooooooong history of dieting, then no matter what decision you make it will always feel a little wrong. You’ll always second guess yourself.

That’s actually ok. That’s just diet world thoughts. In our current culture, you’re going to have thoughts from diet world. Go back to the chessboard metaphor.

You just need to notice that they’re diet thoughts. That they are the thoughts one one side of the chessboard or the other. Your job isn’t to “get in the game,” your job is just to notice. Be the chessboard, not any of the pieces. Watch the game fade in and out on it’s own.

Meanwhile, you choose what fits your values, and just do that.

You Are In The Driver’s Seat

The biggest obstacle to enjoying Thanksgiving is likely in your head — thoughts about dieting or taking a free day. Instead, use the war movie on TV metaphor to put yourself in the driver’s seat.

Now, you’re in the driver’s seat.

Have a great Thanksgiving!

P.S. I originally wasn’t going to write a post for Thanksgiving this year, I was just going to share last year’s Thanksgiving post. But I realized it wasn’t enough, it needed to go a level deeper to get at the bigger obstacles that most people actually have.

P.P.S. Because I wrote this last minute, it may not be as cohesive or have as good of a flow as normal. There may even be (gasp) mistakes! I hope it’s still useful though. I’ll likely clean it up more later. But I wanted to get it out before Thanksgiving.